About 700 new entries were successfully included in the VERSIONES SLAVICAE database. The database development was resumed in 2018 by Yavor Miltenov at the Institute for Bulgarian Language as part of a project of the Department for History of the Bulgarian Language. In addition to inclusion of new texts, by the end of 2020 a complete editing of almost all records was carried out, beginnings of the Slavonic texts were corrected according to the Old Bulgarian orthography, and
about 400 already cataloged texts were supplemented with new data.

Prof. Francis J. Thomson is one of the most prominent scholars of our time in the field of medieval Slavic studies. His research is devoted to tracing, analysing and cataloging the Byzantine originals and their corresponding Slavic translations. Thereby the Slavonic tradition again, as in its classical period, is bound with its main source and this makes it possible to evaluate its features and characteristics in the context of the Byzantine-Slavic cultural commonwealth in the Middle Ages.

Since it is difficult to find a list of publications of the famous Belgian medievalist on-line, we decided to offer here a selected bibliography up to 2009. We are indebted to our colleague Maya Petrova for providing most of the materials.

In the coming months we intend to process and include in Versiones Slavicae most of the texts whose identifications are due to Professor Thomson’s publications.

Chrysorrhoas (Zlatostruy) is an Old Bulgarian collection of John Chrysostom’s homilies. It didn’t reach us as an entity in certain manuscript(s), but in several different witnesses, known among the paleoslavists as “redactions” – miscellanies with stable content, that used independently from each other the initial (now lost) protocollection.

The most important source for studying Chrysorrhoas is the longer collection (“entire/full redaction”). Here, in the famous Preface (Prilog’), the initiative for constituting the corpus is ascribed to the Bulgarian King Symeon (893–927): he read all the books of Chrysostom and, astonished by his wisdom, selected the homilies to be translated. 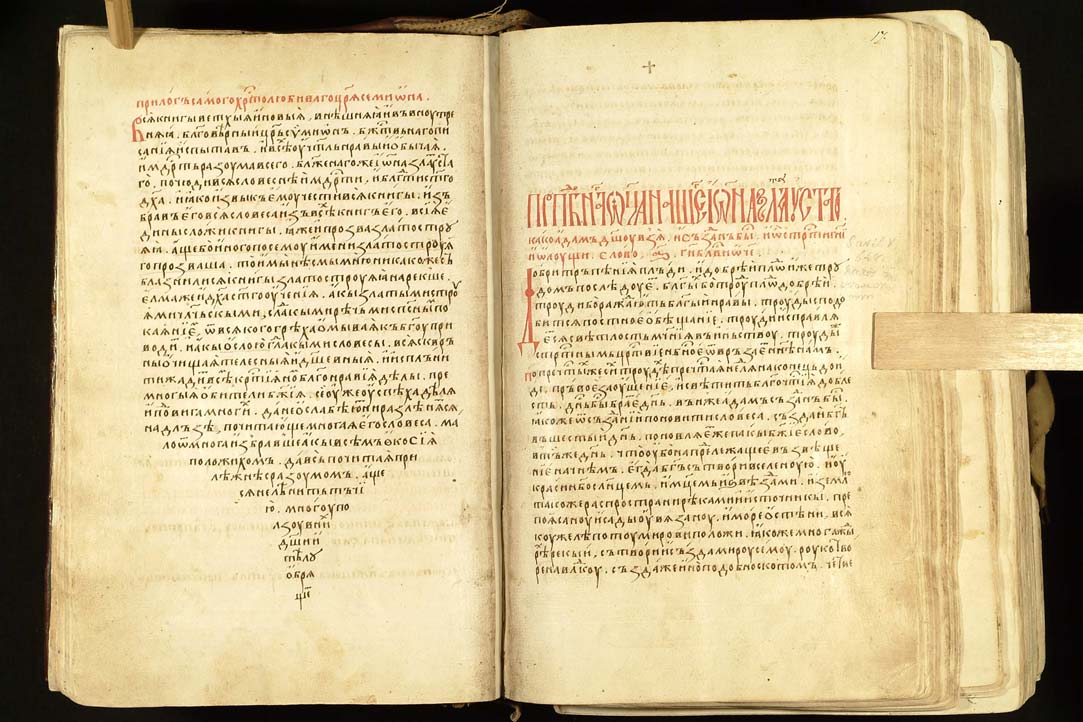 Thus Chrysorrhoas collection becomes a key evidence for adoption of Byzantine models among Slavs, all the more that copies of its “redactions” and of certain homilies from its contents have had a long tradition in Russia, Serbia, Mount Athos as late as 18th c.

This is why Chrysorrhoas holds special position in developing our database and it is of a primary interest for our team not only as subject of cataloguing but also as a work, offering opportunities for fruitful research.

VERSIONES SLAVICAE started in 2012 thanks to a Bulgarian Science Fund grant (DMU 03/4) and with the institutional support of Central Library of BAS. In 2018-2020 the work continued in the frames of a project carried out in the Institute for Bulgarian Language, BAS.